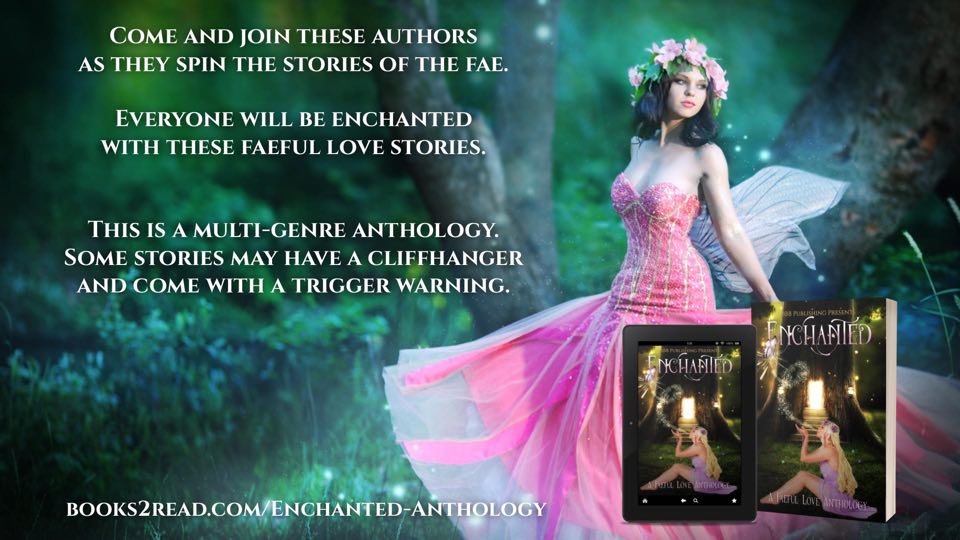 A Vengeful God. An army of evil warlocks. An inexperienced witch, the world’s only hope…

Kaira’s life was going according to plan until the death of her mother revealed a world-shattering secret. She was a witch.

To save the world, Kaira’s going to have to find the sisters she didn’t know existed with powers she doesn’t know how to use.

Leif, the driven coven leader, rescues her from the warlocks trying to kill her. Their spark is instant. He’ll teach her how to be a witch if they don’t let their romance get in the way.

Armed with her new skills, aided by her love interest Leif, Kaira embarks on a quest to find her siblings and save the world!

Enchanted by the Enemy

A year ago, her father was killed by his mark. Not having any choice, she borrowed money from a loan shark to pay for funeral expenses. After missing a payment, the loan is due, in full. The tips she makes aren’t going to cut it.

A mysterious man comes to the bar, offering a deal to get her the money. But she has to do what she promised her father she never would, take a job as a bounty hunter.

Her attraction to the man has her unnerved as she agrees to the job. When she throws him several feet in anger without ever touching him, she panics. Discovering she’s a mage throws her life in chaos as she’s hunted by warlocks. Her mysterious man is one of them.

Kaira, another mage, and her sister, helps her unravel the world she didn’t know existed. Now, she has to decide if she can trust the man who’s supposed to be her enemy.

Read the second gripping installment of the Enchanted by the Craft Series.

“I’m a marvelous cook, love.” Haskell beamed as he slid scrambled eggs onto three plates. “I hope you like eggs, bacon, and cinnamon rolls.” He smiled as he set a full plate in front of me.

“Wow, this is amazing.” I looked at the food, eyes wide.

Haskell smirked, “That’s what all the ladies say about me.” He winked and set a glass of juice in front of Leif and me.

“Haskell, do you think you could tone it down. It’s a little early for the innuendos.” Leif scratched the dark stubble on his chin before taking a drink of juice.

“It’s never too early for innuendos. Right, love?” He turned his gaze to me.

“I guess not.” I shrugged and took a bite of crispy bacon. I closed my eyes as I savored the taste. Oh, it had been so long since I cooked myself a decent breakfast.

“I love how much you’re enjoying having my meat in your mouth.” Haskell smirked at me. I moaned as I took another bite of the crispy bacon.

“You’re just jealous she’s enjoying my meat and not yours.” He chuckled and turned back to the stove.

Enchanted by the Earth

Ivey returns home, ready to start her life after college. Preston is being pressured by his shifter family to settle down already. Neither of them are ready to battle a God or his morrigans.

When Ivey’s attacked in the parking lot where she works, Preston comes to her rescue. Morrignas are hunting her and only Preston’s fierce shifter pack can protect her from the evil warlocks looking to kill her and her fellow siblings.

Kaira and Skyler finds her in time to explain her role in the battle against the God. But is there more to the story than any of the sister’s know? When Hecate disappears they don’t know who to go to for answers or help.

How will they escape the Morrigans, find Hecate, and continue on their quest to defeat the evil God who threatens all mages?

Find out in the thrilling third installment of the Enchanted by the Craft Series.

Subscribe to my newsletter to get exclusive updates and excerpts.

“Okay, um…, if we’re going to continue this conversation, I think I need some coffee. Like a bucket full. How am I supposed to process all this with no time and this apparent evil threat lurking over my head.” I sat up and pushed myself back against the headboard.

“I don’t know, Zoe, but you have to. The world depends on you and your sisters being successful this time.”

“This time? What the hell do you mean this time?” I glared at Theo.

“The descendents haven’t always been too successful when going up against Morrigan.” Theo shrugged and looked a little apprehensive.

“You mean to tell me this has happened before?” I stared wide eyed at him.

“Yeah, several times. No one’s ever succeeded. It’s why you’re here.” He stood up from the bed. “Why don’t I go get started on some coffee.”

“What the fuck, Theo? You’re saying all the ones who’ve done this before failed, as in they died? How the hell am I supposed to react to that news?” My mouth hung open.

“Yeah, I’m going to go make that coffee now.” He shuffled out of the room quickly without looking back.

Great, so not only am a mage with magical powers who is being hunted by a God for whatever reason, but every other group who’s done this in the past died. Yeah, coffee wasn’t going to make that information any better. Fuck!

There’s only one rule for a sage and he broke it when he fell in love with her.

Theo’s whole life as a sage was about protecting Zoe. She didn’t know she was a witch and he wanted to keep it that way.

Until the day she saw a dead woman standing in her kitchen.

Her newfound powers have brought a battle with a vengeful God and his magical army down on them.

Theo doesn’t know if he can keep her safe while they hunt for the captive Goddess who can save them all. Because if anyone finds out he’s in love with her, he’ll lose his powers and her forever.